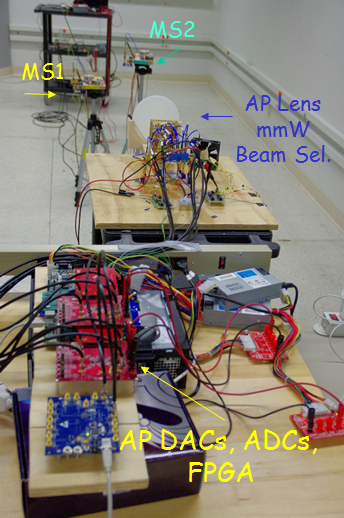 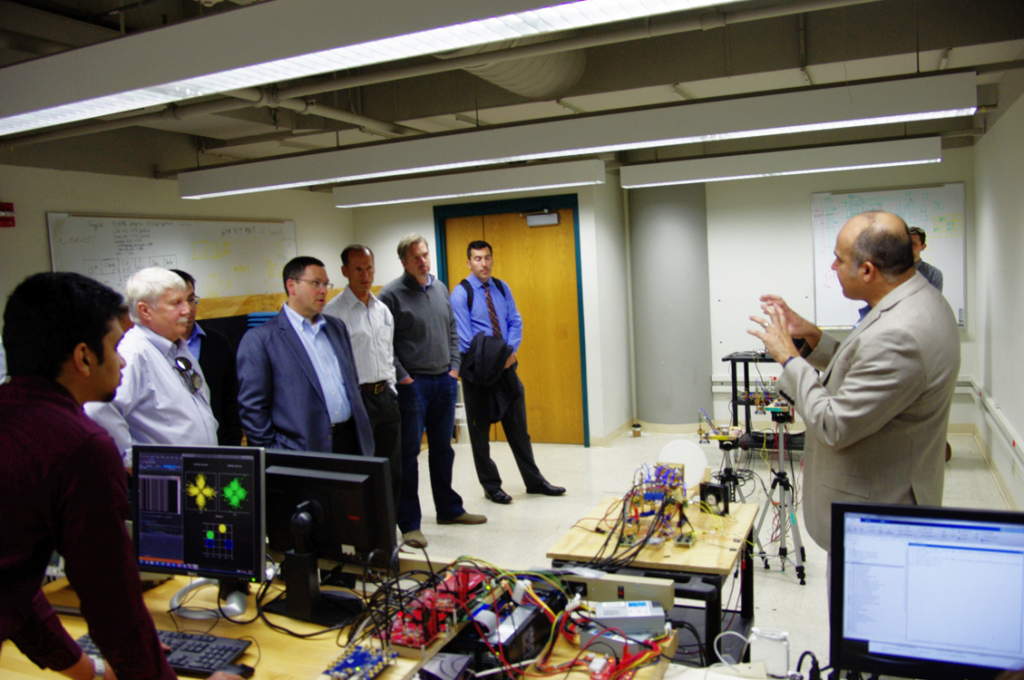 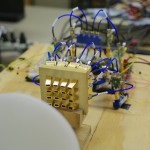 May 4, 2016 marked a major milestone for the CAP-MIMO project: A live real-time demonstration of the Gen 2 CAP-MIMO prototype link operating at 28GHz. The link connects one CAP-MIMO access point (AP) with two single antenna mobile stations (MSs). The image on the left shows the picture of the point-to-multipoint (P2MP) link. The image on the right is a picture from the live demonstration.

This is the first mm-wave MIMO prototype capable of multi-beam data multiplexing from a single antenna aperture: that is, multiplexing data simultaneously over multiple distinct beams (in this case two). All existing prototypes, including those from major companies (Samsung, Qualcomm, Nokia, Ericsson, Intel, e.g.) can only steer a single beam using a phased array antenna. In contrast, the CAP-MIMO transceiver enables the critical functionality of electronic multi-beam steering and data multiplexing (MBDM) through the lens-array based front-end antenna. Click here for a comparison of three key mm-wave MIMO transceiver architectures.

The prototype link enables real-time communication and has the following key characteristics:

We will be sharing some of these exiting recent results at the upcoming meeting for the NSF PFI: AIR-TT program in Atlanta and at the TIA 2016 in Dallas (5G densification and enabling technologies session).

We gratefully acknowledge the support of many companies that facilitated this effort, including Reactel, MiWave, Sigatek, and especially Analog Devices.